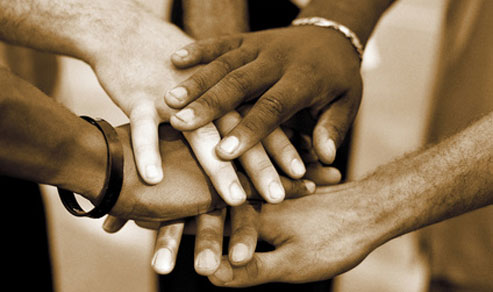 Altrupreneur ® : “One who leads an enterprise with conspicuous regard for all stakeholders” – B. Nagle

The word, Altrupreneur ®, is an improbable union of the words, “Altruistic” and “Entrepreneur”.   An Altrupreneur ® is a transformational leader who understands a simple, fundamental principle of human nature:

“Engagement, creativity, discretionary effort and trust are gifts, given freely by followers, inspired by a leader’s willingness and ability to value and serve the led”

Humans do things for their own reasons, not yours.  Until your attitudes and habits are informed by this simple guiding principle, your exhortations are falling on deaf ears.  Unlimited, sustainable competitive advantage is available to every organization in the form of creativity, innovation and enthusiasm…but it cannot be coerced; it will be given freely by individuals whose spirit is honored and nurtured.

Altrupreneurs ® are business owners, C-level executives, managers, supervisors and workers at every level who embody a covenant of mutual care, concern and sustainability in their relationships, both in and out of the workplace.  This “Covenant Attitude” extends to all stakeholders of the enterprise including the community and the very planet we inhabit.  Covenant is not transactive; it is not a sterile exchange of wages for hours or goods and services for payment.  Covenant is a mutual sharing of gift; it is the first and most essential step to the ultimate achievement of BlessingState™.

“Do your little bit of good where you are; its those little bits of good put together that overwhelm the world.” –Desmond Tutu

The fundamental beliefs and attitudes of the Altrupreneur are based in large part upon the concept of the “Servant Leader”, as described by the late Robert Greenleaf., whose work was built upon a scriptural foundation found in both Matthew 20 and Mark 9:  “If anyone wishes to be first, he shall be the last of all and the servant of all.”  . In the decade or so after the creation of the Altrupreneur model, the concept of the “Conscious Leader” began to evolve as the standard-bearer for the Conscious Capitalism movement.  The Conscious Leader, the Servant Leader and the Altrupreneur share a majority of traits and beliefs, and for all intents and purposes the three terms may be considered virtually interchangeable.

“Humbly regard others as more important than yourselves, each looking out not for his own interests, but for those of others”    – Phil 2:3-4

Altrupreneurs ® understand that leadership is enabled and defined by the gift of followership, given of free will by the led, for their own reasons.  The leader must speak and act out of an attitude of respect and value for the led, and a willingness to serve, empower and honor.

We can show you how successful Altrupreneurs ® are leveraging the loyalty of their customers, the creativity and enthusiasm of their workforce, and a stewardship mentality for nature, to create “virtually free” new sources of Competitive Advantage in a sustainable world.

Listen to a Radio Iterview with Olivia Parr-Rud for  an explanation of the origins of “Altrupreneur” and much more:  ALTRUPRENEUR