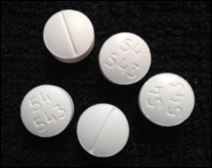 I have been away; figuratively, not literally…

I wrote my last leadership blog over two months ago, just days before I had surgery to take pressure off my spinal cord. I resisted surgery as long as I could but the unrelenting pain, aggravated by standing and walking, continued to worsen by the day. It appeared inevitable I would soon end up in a wheelchair.

To deal with the pain in the weeks leading up to surgery my doctors put me on Oxycodone. Then they doubled the dosage and added morphine and Valium to address the post-surgical pain. In all I was taking narcotic pain-killers for over three months. And guess what happened? Despite warnings and a clear understanding of what might happen, I became dependent. I grew emotionally and intellectually lazy, and the avoidance of pain became my highest priority. I got lulled into a pattern of addictive behavior because, in those discrete moments of decision making, it was simply easier to give in to the bad habit of pain avoidance than to make the conscious effort to be mindful and intentional about the longer term good.

The happy ending came as a result of the tender and compassionate outreach of a spouse, a very dear colleague and my adult children. With gentleness and love they reminded me that I was not really the depressed, ill-tempered person they were now dealing with. They affirmed the good in me and lovingly facilitated a successful return to my journey of intention, purpose and mindfulness.

So what does this have to do with leadership?

In my work with leaders over the last three decades I have dealt with more than my share of the myopically self-absorbed; one especially egregious example very recently – but that’s another story for another blog. Fortunately I have also known a handful of self-aware, other-centered leaders who make it their “Purpose” to help make the people, and the small patch of world around them, better. In an American workplace where 7 of 8 workers believe they work for a company that does not care about them “as a person”, these stellar examples of mindfulness and compassion are the rare exceptions. They role model how leadership ought to be. I have found this “Conscious” leader generally holds these five fundamental beliefs about people, and the workplace:

But like the rest of us they are also human…

They go through bad patches in their lives, emotionally, physically and spiritually. Like you and I they are susceptible to bouts of thoughtless behavior. Like their less-mindful peers they can also fall prey to the pain of increasing Volatility, Uncertainty, Complexity and Ambiguity (VUCA) of the 21st century work environment. They can snap out a sharp reply, fail to acknowledge effort and accomplishment or descend into self-centeredness and authoritarian patterns. They can become emotionally and intellectually lazy and lulled into discrete moments of poor decision making. They too can fall into the bad habit of short-term pain avoidance, temporarily losing sight of the longer term good. Does that make them bad leaders?

The answer is, “No, it makes them human”…

And if one of these otherwise exceptional human leaders works for you, with you, or happens to be your boss – and happens to go through a rough patch – consider compassionate outreach instead of anger and spite. Gently remind them of the good person they are 99% of the time. Affirm their positive intent and their inspirational influence in the workplace.

They’ve simply “been away”…

They haven’t suddenly turned self-centered and cold; they’ve simply “been away”. Lovingly coax them back to their journey of intention and mindfulness.  Everyone will benefit.

"Who looks outside, dreams; who looks inside, awakens." ~ Carl Jung We transition from spirit to ph[...]