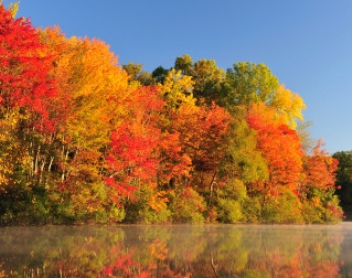 About a year ago I speculated in one of my leadership blogs that Gratitude might serve as a reliable genetic marker for identifying truly enlightened, conscious leaders. The article suggested it might be useful to have a biomedical test to assay the presence or absence of Gratitude in the DNA of aspiring managers in order to weed them out or counsel their development in areas of self-awareness, mindfulness and relationship. Wishful thinking perhaps, but an amusing speculation nonetheless.

So a year has come and gone and the imminent arrival of the holidays has prompted me to go back and re-read the “genetic marker” piece for a little Thanksgiving inspiration. As I revisited what I wrote, it became increasingly clear I had failed to expound upon a larger and more significant indicator of “Gratitude” in the beliefs and habits of truly conscious leaders. The balance of this piece is devoted to filling you in on ‘the rest of the story’.

The glaring fallacy of my “genetic marker” analogy from a year ago is the fact that it ended abruptly at consideration of “Presence” or “Absence”. In other words, either you have the Gratitude gene or you don’t. If you do, you might qualify as a conscious leader; if not, forget it!  But, as they say, “that’s not good science”. A proper scientist would have extended the analogy to account for what geneticists refer to as “Expression”. You see, the mere presence or absence of a gene does not determine the manner or degree to which the gene is expressed. “Expression” is the ability of a living, human gene to be made manifest in a multitude of ways, dependent upon thousands of biochemical variables. Same may be said of the metaphorical Gratitude gene in any individual. The real proof is in the “Expression”.  So what does that mean?

Nearly twenty years ago I coined the term “Altrupreneur” to give voice to my ideas of what a conscious, other-centered leader ought to look like. I defined an Altrupreneur as one who leads with Conspicuous regard for all stakeholders. I chose the word “conspicuous” very carefully in order to emphasize the necessity of clearly demonstrating one’s regard for another in actions, as opposed to simply feeling or holding regard in one’s mind or heart. For it is through explicit demonstration that feelings and beliefs are animated, hearts are touched and genuine connection is made.

Just as one does not light a lamp and place it under a wicker basket, neither do we demonstrate convictions by holding an intellectual credo – unseen, unheard and unfulfilled. Intellectual high regard for another does not become genuine “High Regard” until it is acted upon, just as an object does not become a gift until it is given and accepted. Similarly, Gratitude unexpressed and undemonstrated is not “Gratitude” at all. It is simply an intellectual concept, held and felt but never brought to the fullness of its spiritually intended fruition as a gift of relationship and human connectedness.

“As we express our gratitude, we must never forget that the highest appreciation is not to utter words, but to live them” ~ John F. Kennedy

So the lesson for aspiring leaders ought to be clear and unambiguous. If you live a life of scarcity and want, continually grieving for that which you do not have and taking for granted what is offered by others, it is doubtful you will ever stumble upon self-awareness, mindfulness or conscious appreciation of the abundance of life. If however you see the giftedness of life in each glorious sunrise and the limitless promise of creation in the people you encounter each day, then you may count yourself among the conscious cohort who happily embrace the act of articulating gratefulness for even the most mundane kindness. If you wish to lead you must understand that Relationship forms the bricks upon which the Conscious Leader dynamic is built. And further, it is authentic demonstration of appreciation for “the other”, in both word and deed, that forms the mortar.