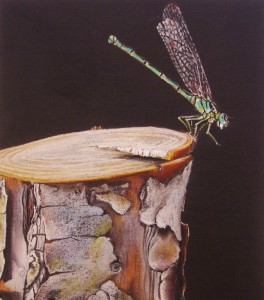 “Start Close in. Don’t take the second step, or the third. Start with the first thing, close in; the step you don’t want to take.”   ~ David Whyte

All too often leadership failure is simply the predictable outcome of a “failure to lead”. At first reading this might seem an obvious truism but stated a little differently one might say the greatest leadership failures result not from ill-conceived strategies or poorly articulated visions, but rather from resigned acceptance of current state and reticence to take initiative. The real failure is not that someone has failed at the act of leading, but rather that no one has acted to lead at all.

“The real failure is not that someone has failed at the act of leading, but rather that no one has acted to lead at all.”  ~ BN

“Failure to lead” has little to do with ability, authenticity, experience, sociability, motivation, or preparedness.  Neither does it relate to vision, mission, strategy, message, planning, execution, tactics, energy, or inspiration. No, the distressingly unavoidable fact is this:  “failure to lead” comes down to one agonizingly simple word…inaction.  Whether born of fear, hesitancy, self-doubt, or garden-variety procrastination – the greatest failures of leadership inevitably result from inaction in the crucial moment of opportunity.

“I’d rather attempt something great and fail than to attempt nothing and succeed.”  ~ Robert Schuller

So what holds us back?  What lacy tethers bind us to status quo and compel us to accept that which intuition tells us could be better, faster, cheaper, friendlier, more sustainable, more compassionate, even transcendent? Is it insufficient data; do we allow the perfect to forestall the good? Is it perceived lack of resources or organizational support? Do we waver in anticipation of improved prospects at some future date?  Or is the answer more personal, more elusive, and far more difficult to objectively scrutinize? Does pride prevent us from exposing ourselves to the possibility of failure, however remote? Does ego seize the moment, inhibit our ability to show vulnerability to our team and invite them to share a piece of the vision and the prospect of collaborative accomplishment?

The great poet/philosopher David Whyte, speaks about having the courage to enter into a conversation with life, allowing one’s path to unfold as we ‘remember’ the authentic life to which we have been purposed, our “true inheritance” as he says. He refers to a process of stepping into a narrow piece of ground with great vulnerability, finding our own voice, and then trusting it. David exhorts us, “Start with the ground you know, the pale ground beneath your feet…start with your own questions”.  And what about that first step; where is that narrow piece of ground; what are those questions?

“Start with the ground you know, the pale ground beneath your feet…start with your own questions” ~ David Whyte

Perhaps the first question ought to be, “are you sufficiently self-aware and invested in pursuit of higher self and greater good, to expose your vulnerability?” And the next question might be, “are you bold enough to step into that pale, narrow patch of ground directly below your feet, and accept the unfolding of that which you are intended to lead?”  In David’s parlance, what is that “first step, you don’t want to take”? Is it dealing with insecurities or addictions?  Is it filling a long-standing skills gap you have avoided for years?  Is it learning to deal effectively and compassionately with co-workers and team members?  What bold action(s) are you avoiding, which, if dealt with decisively, would propel you forward as a leader?

In his groundbreaking book, “Synchronicity, the Inner Path of Leadership”, Joseph Jaworski discusses at length this idea of stepping into the unfolding order of the universe, but he takes it a bold step farther: “…if individuals and organizations operate from the generative orientation, from possibility rather than resignation, we can create the future into which we are living.”

By setting the marker of possibility so far out there, Joseph Jaworski is prodding us to ask ourselves this difficult, personal leadership question: “Have we failed as leaders, or have we simply failed to lead?”  Are we willing and able to embrace vulnerability, deal decisively with the issues holding us back, and take that bold first step into our unfolding future as conscious, visionary leaders?

Connect with : Bernie on Linkedin

Or join our Linkedin Group at  Altrupreneurs Creating Enthusiastic Engagement